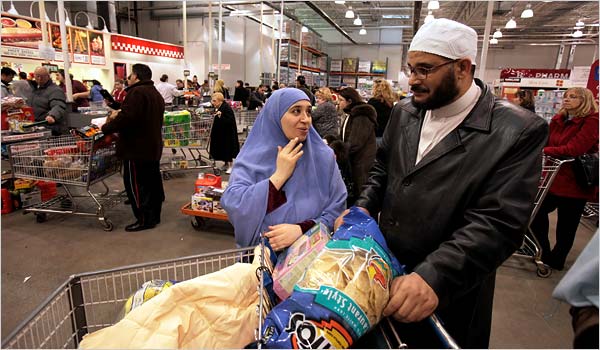 Sheik Reda Shata and his wife, Omyma, find life in Middletown, N.J., full of unexpected pleasures, like shopping at the nearby Costco.